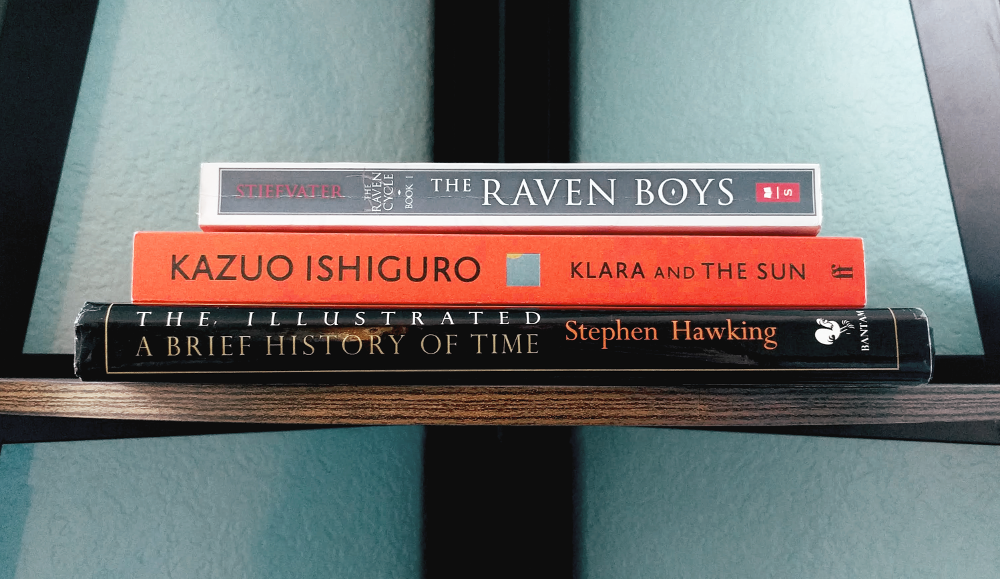 Like a lot of people, I was a really avid reader in elementary and early middle school, but my reading sort of just fell off a cliff in middle/high school as I became more and more preoccupied with much more important things, like zoning out in class and collecting half-used pens. However, since the pandemic started and I began college, I’ve found that I really enjoy reading again and I love learning more about the world or immersing myself in other worlds. I especially have a soft spot for character-driven stories because it’s fun to root for someone going through tough circumstances.

I’ve set a goal of reading 30 books this year, which means I’m going to read at least 2.5 books every month.

In January I read 4 books: Trading in Danger and Marque and Reprisal by Elizabeth Moon (the first two in a series with interesting characters and cool space logistics), Life on Mars by Tracy K. Smith (I don’t normally read poetry but this book was beautiful), and Call Down the Hawk by Maggie Stiefvater (which I unfortunately didn’t really enjoy as much as I liked her previous series, although I did really like a couple of the characters).

I read a whopping total of 0 books in February so I made up for it by reading 3 books in March: Klara and the Sun by Kazuo Ishiguro, A Brief History of Time by Stephen Hawking, and The Raven Boys by Maggie Stiefvater.

Klara and the Sun

A very sweet story set in the near future, told from the perspective of an AI robot. Klara is exceptionally observant and smart, yet she views the world around her with an almost childlike attitude, which is both endearing and somewhat tragic in its dramatic irony. Klara’s observations and her musings, as well as her interactions with other people, are evocative and poignant. I appreciated the careful details in this book which slowly revealed more and more about the world and its characters throughout the course of the story. Overall, I really loved this book.

A Brief History of Time

This book had me jumping rapidly back-and-forth between “Oh yeah, this makes sense!” and “What did I just read?” As someone who’s definitely no professional but who really loves learning about space and physics, I was pretty excited reading this and I can tell for sure that I’m going to have to reread it again a few times. Hawking stays away from mathematical formulas and mainly just discusses concepts and people — how one idea lead to another and who formulated these ideas. If there’s anything in this book that actually disappointed me, it’d be the reminder that the study of physics has pretty obviously been dominated by a very narrow demographic… but that’s not what this book is about, so that definitely didn’t detract from my opinion of it at all.

The first book in the Raven Cycle series, a young adult contemporary fantasy set in a rural town in Virginia, where a small group of high-schoolers embark on a search for the supposedly-not-so-dead Welsh king Owen Glendower. What I liked the most about this series was the atmospheric writing and whimsical character dynamics. I never particularly cared for the romantic aspects (they felt a bit forced), but thankfully they weren’t too intrinsic to the story. This was a re-read and I thoroughly enjoyed it as much as I did the first time I read it!

(a.k.a. books I’ll probably start reading once I finish with the current batch)